So You Want to Live On The River

In La Pine, Three Rivers South, your two choices pretty much are the Big Deschutes and the Little Deschutes River. And since that’s where I tend to be the expert, that’s what we’re gonna talk about today. We will cover the habitat, wells and septic to give you an idea of things to watch for as you look for your dream home on the river.

I love to talk about riverfront properties. Sometimes they’re not all they’re cracked up to be, other times they’re amazing. Couple things to know about the rivers in Central Oregon.

First of all, usually with the river, you have willows, and you can’t just mow those willows down. Yeah, it’d be great to take them down and have a great view, but you have to stop and think about the environment, and the fish habitat, and the other wildlife habitat. That’s one of the glories of living in the country is that we have wildlife.

Not All Riverfront Properties are Created Equally 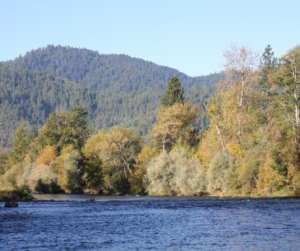 Not all riverfront properties will you see a river from. Some of them, you will barely see it. Some of them, in the winter time, you’ll have a great view of the river, but then the river drops, and it’s kind of just a little, tiny river. In the spring, the water rises, but the willows fill with leaves.

There are some properties that you have unobstructed river view. Those are kind of  far and few between for the most part. They do come on the market, but let’s talk about some of the things you wanna be careful with on riverfront properties, besides your view.

Well Water on the River

Water on the river tends to be a well, and when you drill a well along the river, it is not uncommon to have sulfur, or iron, or sand in your water. And so you need to be prepared for some type of water system, a water filter system. We have several people in the area that are experts at that, and they can run anywhere from a couple hundred dollars to a couple of thousand dollars, depending on what you’re having to filter out and how bad that is. Sometimes you’ll get lucky and you’ll have pristine water right along the river.

Septic Systems on the River

Another thing to be careful about is septic. So a septic system that was put in years ago might be what we call a standard system. And it might be working perfectly fine. But if anything goes wrong with that, you’re most likely gonna have to upgrade to a whole new sand filter system. It’s very rare that you will find a standard system on the river.

If you’re gonna build on the river, you wanna be prepared that you’re gonna have to put in a sand filter system. And we call it a sand filter ATT system. If you buy an existing home on the river, and you plan on doing an addition and adding sleeping quarters, even if you have a sand filter system, you could be asked by the county to upgrade that system to the new ATT system. Upgrading obviously is less expensive than starting from scratch, as long as there’s room on the property to do that. 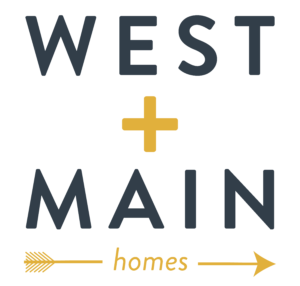